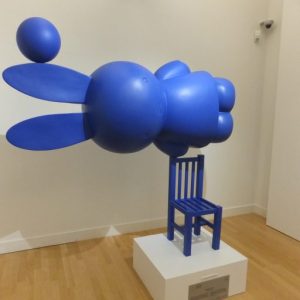 Many years ago, I guess it must have been around 2004, when we still used to organise large kick-off events at the start of the year I was invited to attend a kick-off event in the London Tower Thistle hotel next to Tower bridge. With two other technical women from my department I traveled from Amsterdam to London.

The theme of the event was "The pride". At the start of the event it was explained to us that we, all professionals from our department, in fact belong to the same "pride" or lion family!

Amongst the many mandatory team sessions there was also room for external speakers. The organisers of the event had invited one of the filmers from the BBC nature crew to illustrate the theme of these two days. If I remember it correctly his first name was Simon. He brought a wealth of beautiful films with him, all shot on the savannahs in Africa. One film in particular made an ever lasting impression on me!

Four lionesses from one pride hunt an antilope. They do so in perfect coordination, all four coming from different angles so that the antilope has nowhere to go. The net tightens around the prey, the four lionesses eventually make a kill and finish the job. Guess what happens next. They offer the first bite of the freshly killed prey to…..exactly! It's the growling male with his impressive manes who gets the first taste of the meat! And he has done nothing whatsoever to catch it!

I am sitting there in perplexion wondering what it is I am supposed to take away from this experience. It's the women who do the work but the men who get the credits? Individual bragging and growling is better rewarded than successful teamwork?

At that point Simon the filmer comes on stage and explains how to interpret the behavior of the lionesses with respect to the lion. He says that this is quite normal in lion's prides and that the males do have an important function. By keeping him satisfied the lionesses ensure protection for their cubs. With just a few growls and moves he will chase away hyenas and other predators from the pride's territory.

Even today I cannot help but wondering how far we have evolved from the typical animal behavior that was shown in these BBC nature films. In business too alfa males (and females!) are abundant and to move up the career ladder you need to know who they are and when and how to pay your respects. Failing to do so can have a negative effect on one's possibilities for growth.

I am not sure that this is the message that my leadership wanted me to take away in 2004; it is certainly not the politically correct one in view of diversity policies!